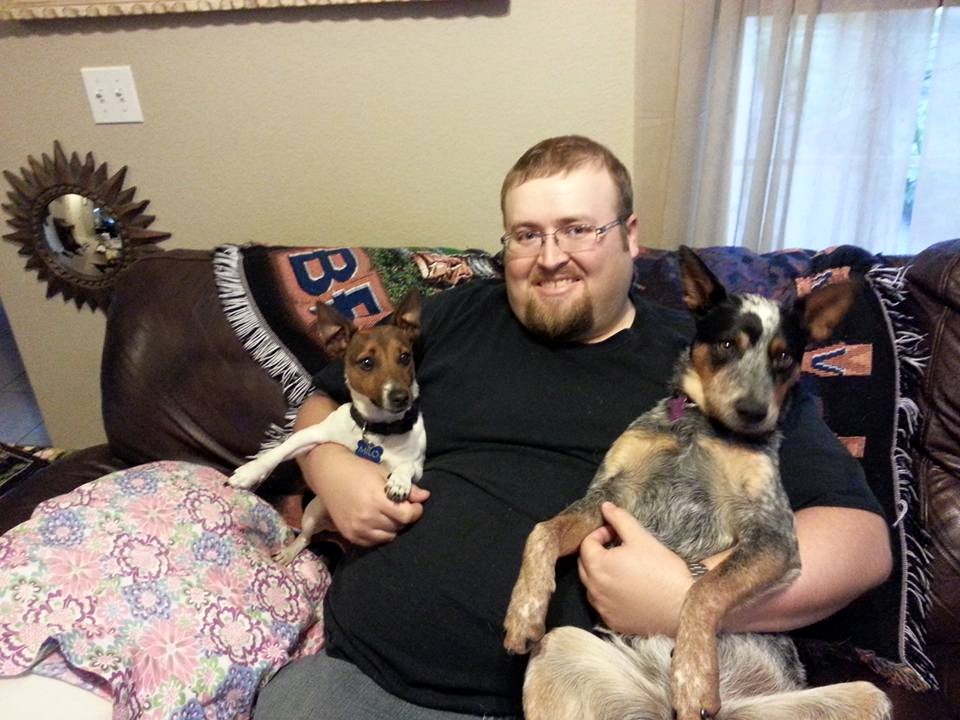 It was a cold, foggy day and I needed to get a walk in for my exercise goal. Since the dogs also need exercise, I thought I would take them along. With the weather, I put jackets on them so they were a little protected. What I hadn’t realized was the fog I was seeing was actually mist. Even worse, the temperature was below freezing. I stepped outside and nearly fell on my ass on the first patch of black ice. Correction, there really was one huge patch of black ice over the entire county.

At first, I thought I could make a go of it. My driveway is on a steep incline, so I thought if I made it down that, I could make it anywhere. I couldn’t walk down the drive, so I jumped on the grass and walked across the frozen blades. The dogs were also having trouble, doing the splits and, in general, having a hard time staying upright. They saw me walking on the grass and followed suit.

There is a grass lot near my house, so I made it there. I figured if I did a bunch of circles on that lot, I’d get my mile in, which was my goal. We didn’t make it one complete circuit. For one thing, the crappy conditions were getting to all three of us, but to Milo more. Usually on our walks, he likes to lead. That day, he was behind me. Then, he just quit walking. He sat down and refused to move. I dragged him a couple of times and got him to walk some more, but then he quit even doing that. I had to pick him up and carry him the rest of the way home.

I was writing Whispers Within a couple of months ago and realized I had a huge plot hole. I had these serial robbers with this flimsy excuse to rob this bank multiple times. I was disappointed when I realized this, which was about three or four chapters from the end of the book. My first reaction was, “oh well, I’ll fix it in the rewrite.” I mean, I was so close to the end, why should I wreck things right then and there to fix them. Better to keep going, see where I’m at, and go from there.

So, I’m writing and then this question enters my brain. These robbers have just robbed the bank like a week and a half before this final scene. How does this bank even have money for these robbers to steal? This made me realize that I needed a security truck dropping off a load of cash. This simple idea became the arc to finish out the novel with. Not only that, but then I could make just a couple of changes earlier in the book, like the robber’s motivation, and this became entirely feasible.  This idea “carried” the book to its conclusion (home) and saved me from doing a massive rewrite. I’m so happy with how this turned out!

Milo and my novel get carried home. Now I’m on to finding better days for dog walks and finding new ideas for my writing. Stay tuned!