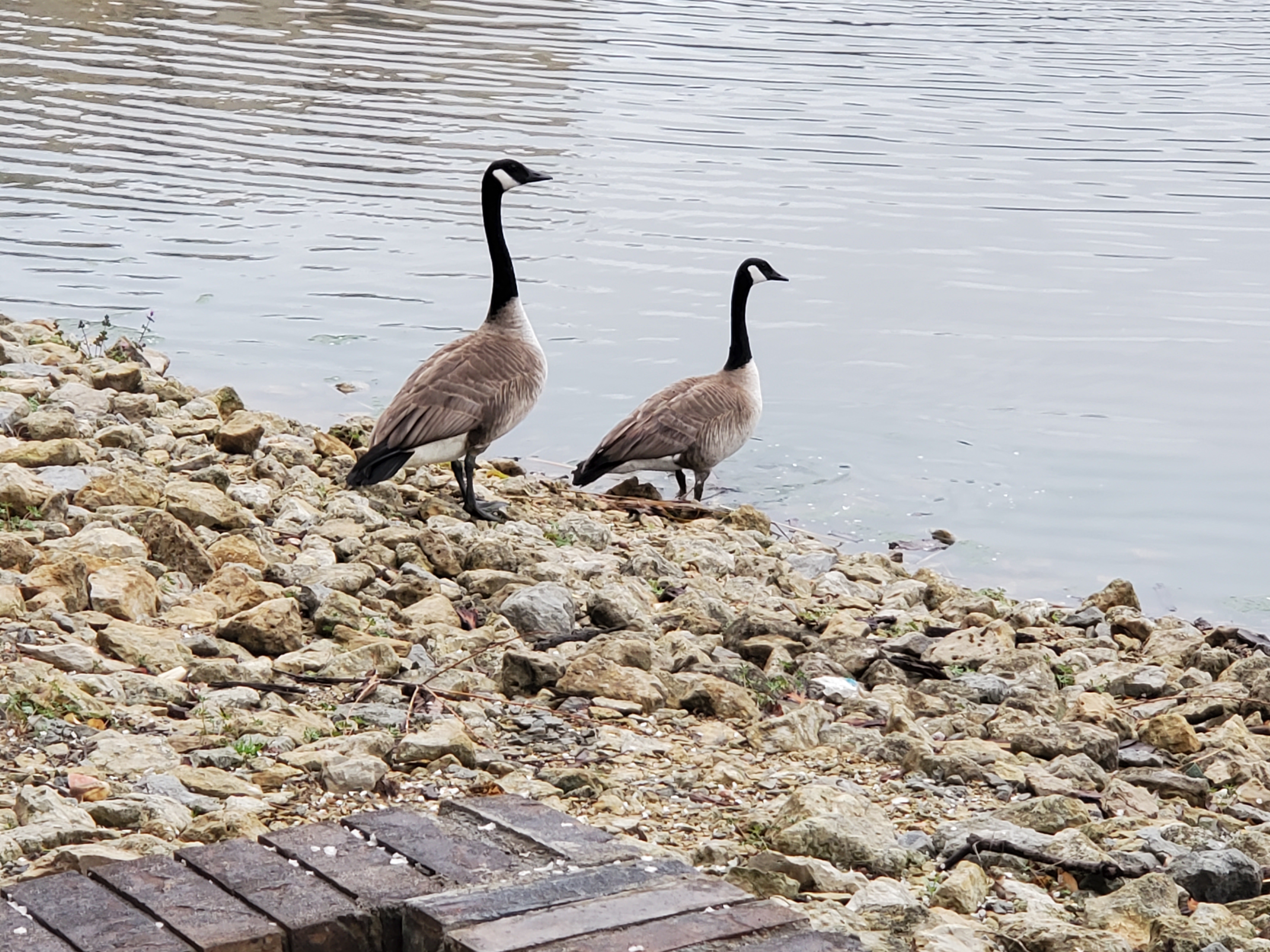 Do you ever just see animals making noises and imagine the conversation they are having? Two geese were hanging around me all afternoon a little over a week ago. About an hour before their rowdy conversation, one went to a creek just down the hill from me. About forty-five minutes later, the one left laying on hillside got up and honked a few times. Fifteen minutes later, the creek one returned answering the call from the hillside one.

Her: Where have you been?

Him: Swimming and hunting in the creek.

Her: You've between there all damn day! Now you stink!

Him: Only an hour.

Her: Well, I've been hungry the last fifteen minutes.

Him: Then why didn't you join me in the creek?

Him: Then where do you want to go eat?

Her: Not from the creek.

Him: Then let's go north. There's a nice lake up there.

They fly and start heading north.

Her: Is it clean water?

She continued to nag as they fly. He did his best to comfort her. I hope they found something for her!

For me, dialoging a piece of writing is fairly easy. I imagine what a person would say in context of what is going on around them. Then I switch my thinking to imagine what the other person would do (nonverbal) and say in response. I continue to switch back and forth until I get to the conclusion I want to get to.

Even harder is when there are three or more people in the scene. Sometimes, I ignore the extraneous characters the first pass through the writing. Then the subsequent pass or passes, I write in their stuff and do my best not to mess up what is going on with the main two. It works well if I have a crowd that can cheer or boo at appropriate times, though that doesn’t happen too often. I can sometimes pass the buck to someone else for a moment through the scene. Say A and B are talking back and forth. C and D are in the background for much of the scene. Maybe there are some lines where it doesn’t matter if A or C or D say them. Yet other lines where I can substitute C or D in for B. This way all four players are in the scene and active. Another way I incorporate multiple players is if I have one of the people in the background agree with one of the main talkers and maybe even add some clarifying remarks. This keeps the dialogue between the main two the same, but I’m giving more of a roll to my other actors.

It all starts with imagination, though real life, like the geese, often have a way of shedding a light on how a conversation should flow. All you have to do is observe what is around you.