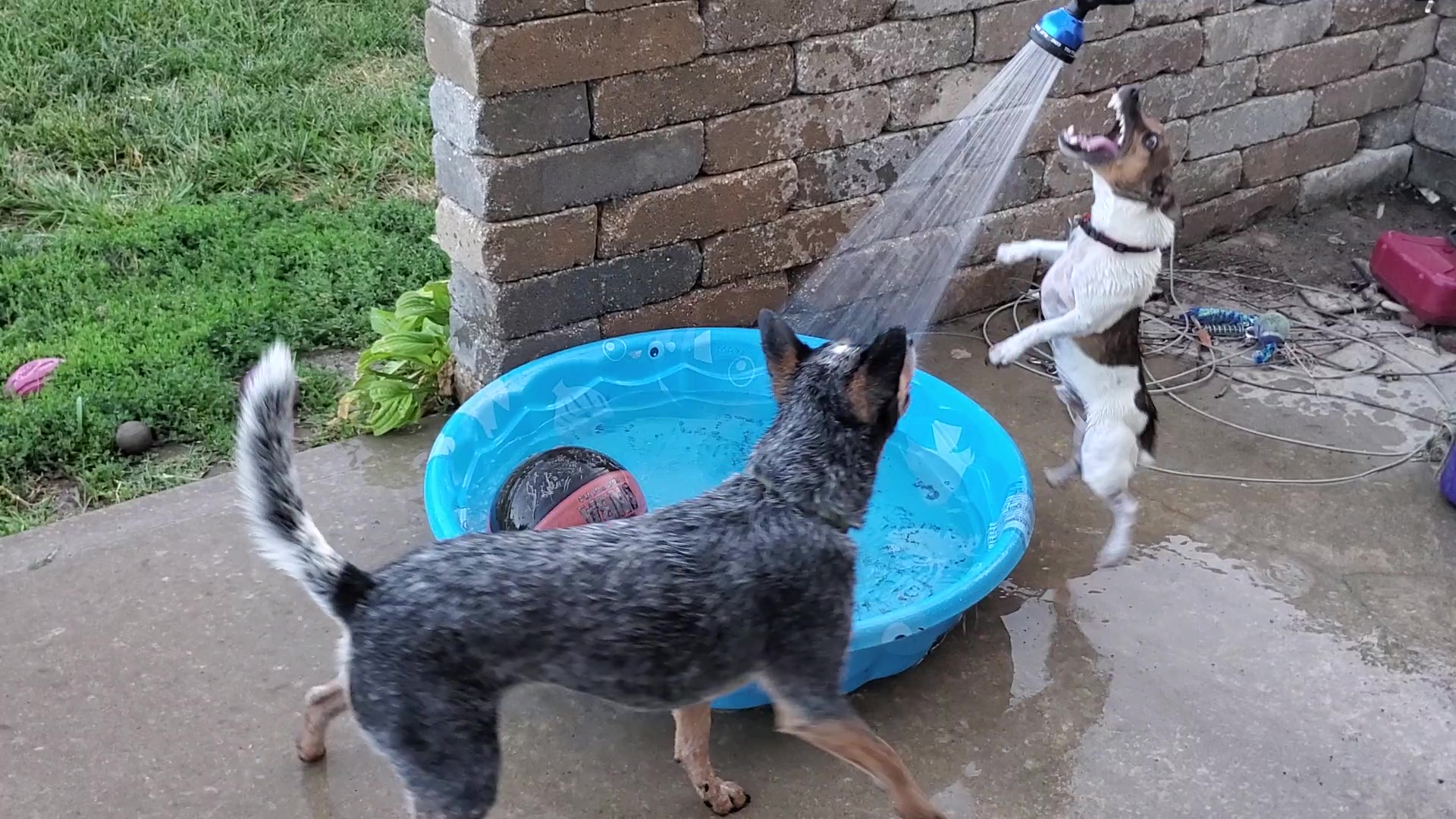 Milo loves when we refill the pool or water the flowers and plants on the patio. This is because he gets to play in the water. One of the things he does is try to bite the hose nozzle and the spray as close to the source as possible. Not sure if he likes to bite at the more concentrated flow of water or what.

He’ll do attempt after attempt of launching at the water source. In his frenzy, he’ll even do flips. There have been times where it looked like he was going to come down on his back and smack the ground hard, but he somehow manages to come down on his feet. I took a video of him playing in his pool with a basketball while getting hosed down. He would play in between attempts at chomping the water. It’s like his ADHD doesn’t let him just go nuts on one thing at a time and he must go nuts on a bunch of things. Today’s picture is a still from the video.

I go nuts from time to time. Sometimes, my imagination gets the better of me and I have some weird scenarios running through my mind. Some of them make for good stories, but most of the time I can’t even stomach this shit. I’ve heard somewhere that creative people aren’t the most stable. So, yeah, I’m nuts

Pro tip: if you have a nightmare, write it down, but change the ending to a good one. This changes the nightmare in your mind and prevents it from reoccurring. Sometimes just thinking of a different ending will get it to go away for me without writing it down.

Flipping out isn’t always fun for me, but usually it is for Milo. Maybe it is because he is more carefree than I am. Hmm, maybe I need to learn to be more like Milo.