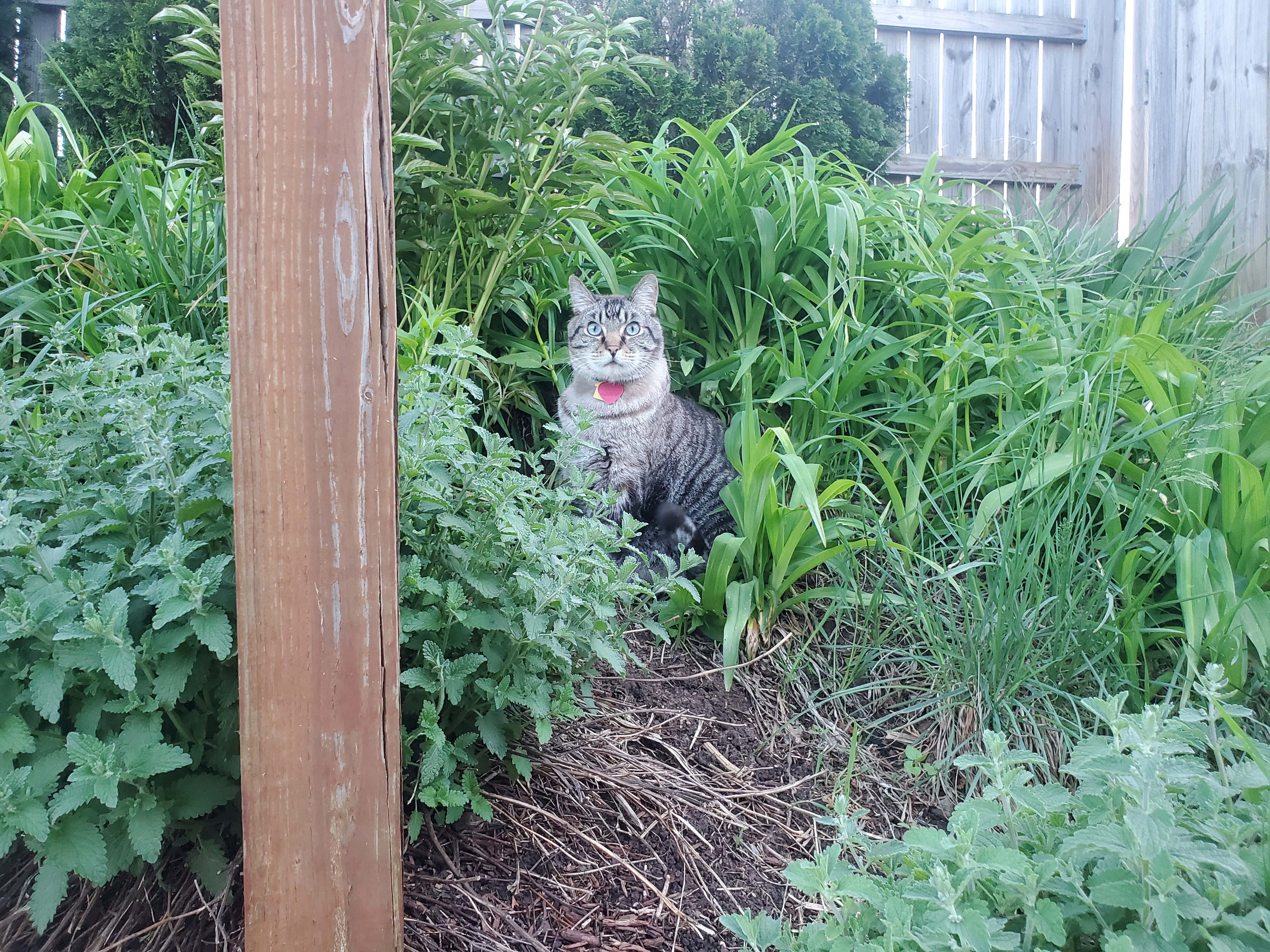 I was in the backyard working while the cat was also out. One of the things the cat likes to do is slink through the flower garden back there. As he often does, he sat down and just watched what was going on in the yard (me and I believe the dogs were out). My wife clamored for me to take a picture.

With me taking his picture, it meant he changed his focus. He locked eyes on me and just looked at me with this indignant look. I didn’t care and just kept snapping pictures. Overall, I think Jynx enjoyed his time in the garden that day.

I’m trying to decide how import agriculture is to my Western set on Mars. I mean, it is important to the characters that they have food and air to breathe, but is it important enough to spend a significant amount of time talking about in the novel? I mean, in Andy Weir’s The Martian, farming potatoes is a plot point in the story and thus very important to talk about. In my novel, other than the most stringent of fans, nobody is going to care about the greenhouses unless there is some need to care. So, it needs to come up organically to answer a question at that point in the story.

Given that I’m only five chapters into writing this fifty-chapter story, I have plenty of time to work in the detail. The thing is, in chapter three, I have the point of view character see the habitat during a life and death struggle. Do I want to flesh in some details on what it looks like other than a bunch of interconnected domes? Plus, he has double vision from a rise in carbon dioxide in his suit. Might not be the best time to put in a lot of details. Plus, the reader doesn’t exactly care that some of these are greenhouses, at least not at this point.