get off my back 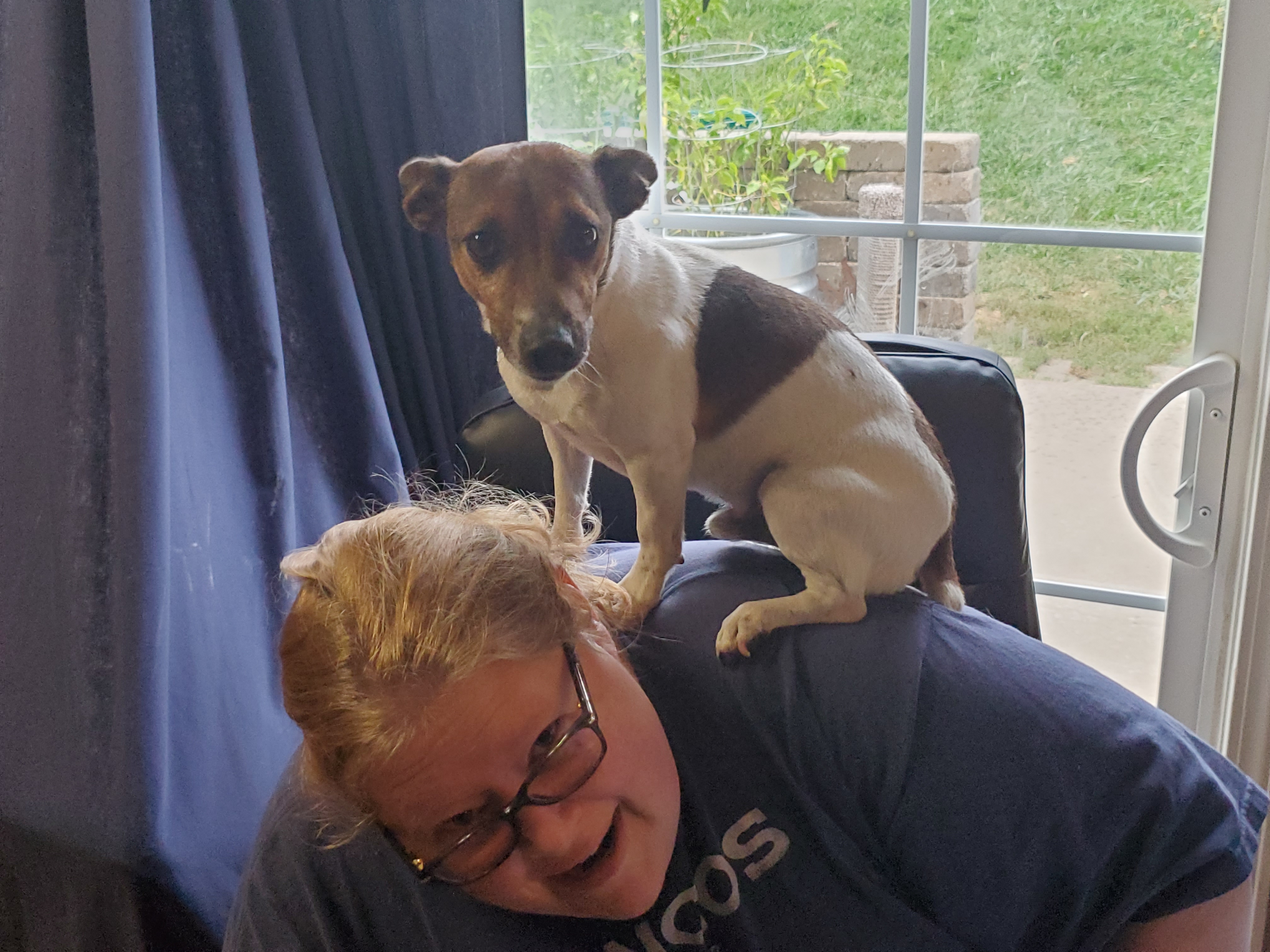 The other day, I was in the kitchen when I heard pleas for help. I was in the middle of something (cooking breakfast, if I recall correctly), so I couldn’t rush to my wife’s aid immediately. I instead asked what she needed, and she said something about coming quick, but no real details. There was a counter between her and me, so I couldn’t see her.

When I did come to her aid, I still didn’t help. Instead, I got out my camera and snapped the above picture and a couple more shots. Satisfied I had proof of the encounter, I grabbed Milo from her back and put him down. He had jumped up there, but I have no idea as to why. He does look a bit guilty at causing such a calamity, but he didn’t want to jump down, and my wife couldn’t reach him.

I woke up one morning after having a strange vivid dream. A P.O.W. comes back after escaping his captors to find his fiancé is about to marry another man. During the dinner party to celebrate the coming nuptials, guests go missing. Only the former P.O.W. is worried about this until eventually him and every single guest at that party are whisked away to an alternate dimension.

One night’s events cover the main track of the story, but the P.O.W.’s experiences of meeting the eventual fiancé, being captured, and then his escape are told as flashbacks. As I thought about how I would do this, I began to realize I had more than enough material for a novel (and I think a good one at that). Having plenty of other writing projects to work on (Whispers Within is about to be published, Infinite Horizons is getting critiqued, Death Curse is on the home stretch of having a draft finished, Desperados of Mars is still in the early chapters of being written, and Concussion is about to have its first story written) and having other writing projects I want to do as well (I want to do a third book in the Curses Series as well as a superhero novel called Freezing Heat, based on the short story with that same name), who knows when I’ll be able to write this book (tentatively titled No Escape). So, I knew I had to write a notes for this new novel in order to have any chance of remembering what I wanted it to be about between the day of having the dream and when I do write this sucker for real. Thus, I spent an evening doing just that.

Just like Milo is off my wife’s back, the story is off mine! That is until the novel is ready to be back in the forefront of my mind, then I’ll have to shoulder it again and get it done. I can’t wait!