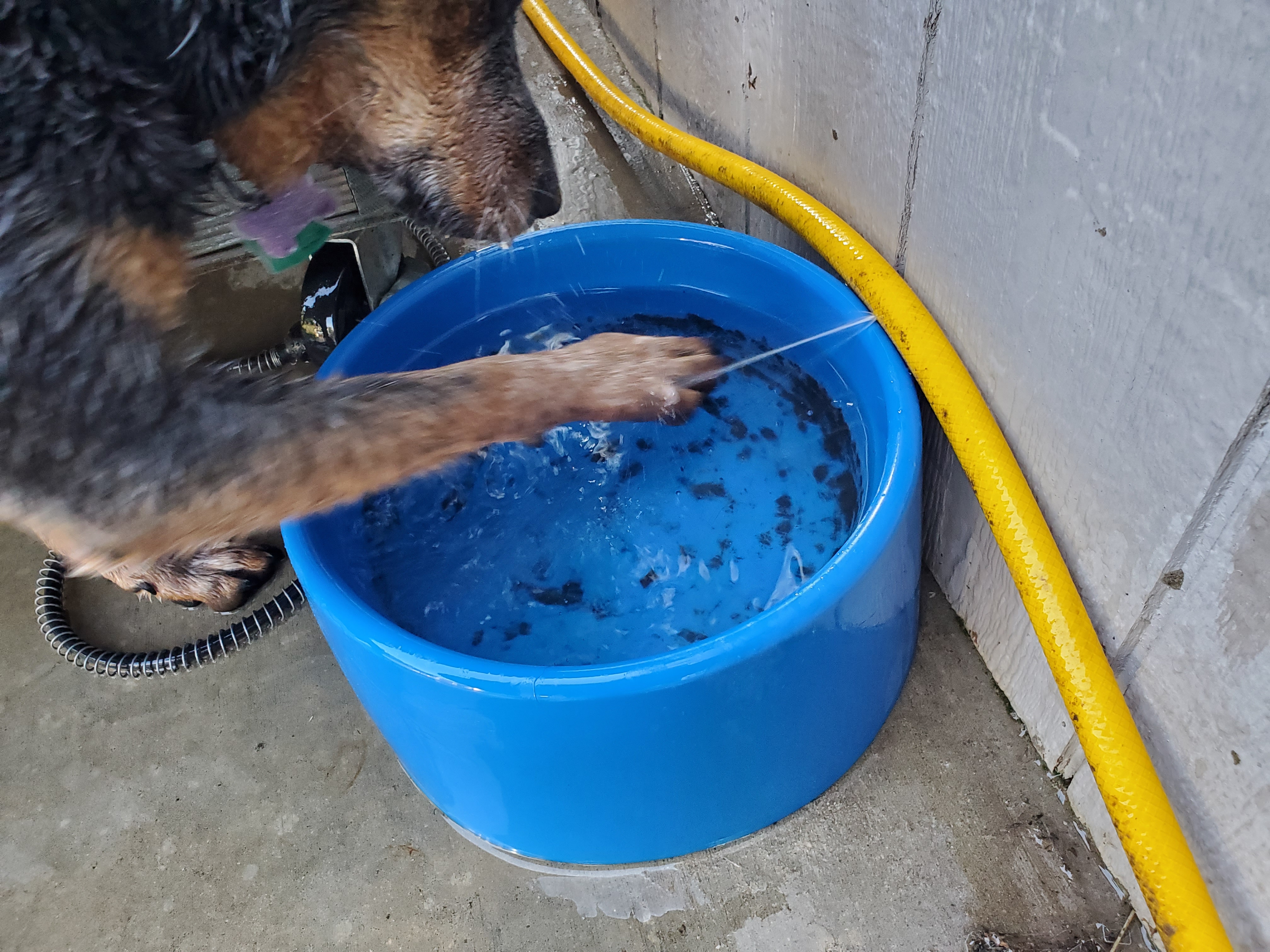 The dogs like being hosed down on hot days. They even have a kiddie pool, but it is mainly used by Milo and he will immerse himself from time to time. Zailey drinks from the pool but absolutely loves drinks from the hose.

Since the pool becomes dirty, often (in Kansas, surely not!), we must dump it and refill it. Both dogs love to chomp the flowing water as if it were a snake they need to kill. It is entertaining as they get drenched in the process, Milo does flips for the water, and they both go nuts (though, Milo more than Zailey).

Recently, one of the hoses sprang a leak. It was right near their dog dish, so I thought it was perfect to refill the dog dish whenever we needed to water the garden. Thus, I set up my little system, even though the dog dish would overflow before the we were done watering the garden. Zailey loved having this little spray. She decided it was more fun to play with this spray than to allow her dog dish to get properly filled with clean water. She’s such a nut.

Speaking of nuts, time to talk about me and my writing. Some days my brain spews forth a firehose of coherent phrasing to make up a story or a chapter. Other days it is a trickle coming out. Usually, it is somewhere in between.

I attribute my success in that I wrote the skeleton for the short story, something I never do. I did this since I was purposely trying to get a longer short story and wanted to be sure I had everything I wanted for a good and proper story before I began. With a 2,000 word short story, I know the whole story before I begin and it sticks in my head. Really, I wanted to be sure for this one I had an extra few thoughts on the plot before I started writing.

By the way, the skeleton was like 500 words, nowhere near what I needed for a complete story. It was just some rough notes, but I was able to get all my research done ahead of time, so that also helped. By the way, I used to outline my novels, but am finding it harder to get through writing it in that form. For some reason, a skeleton works better for me.