Home > Blog > hunting with a decoy

hunting with a decoy 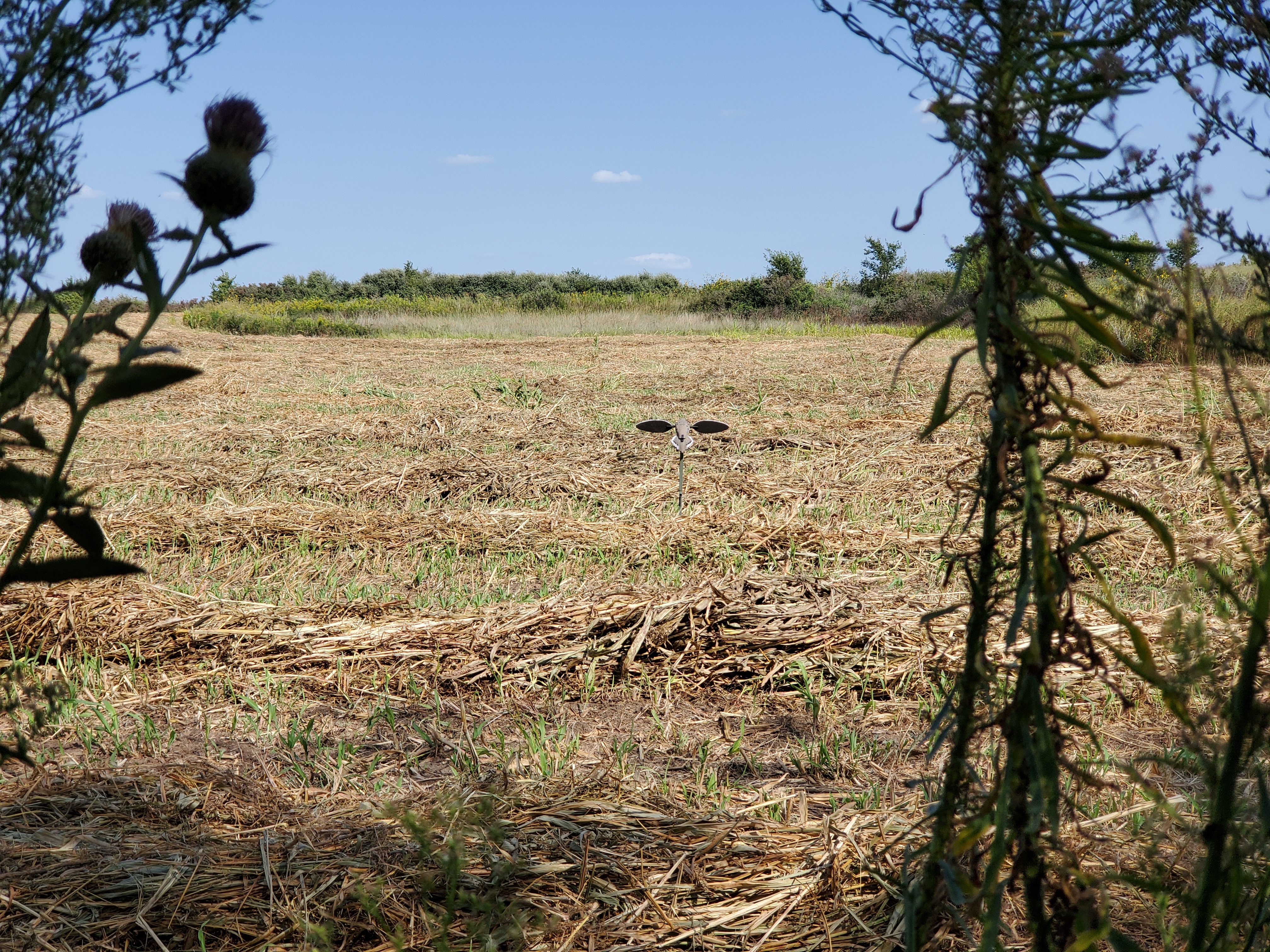 I learn a lot from other people. My brother and some family friends were talking about dove hunting and using a decoy. I was intrigued as I had only ever walked around to flush them out. They were ranting and raving about how successful they were with a Mojo decoy. So, as a birthday present this year, I bought one.

A few folks around the Geary County Fish and Game were interested in going out dove hunting together. Since I hadn’t ever done a hunt with a decoy, I thought I better learn from the masters. I tagged along. We went to a field that was mowed for bailing. One guy had scouted the location and had seen birds heading for the milo field adjacent to this field. There was a row of trees and grass separating the fields. We took up locations in the trees and grasses with our decoys out in the mowed field. My first several shots were at dove that were going every which way except the direction we expected.

Finally, I had a dove above my decoy, and it was coming down on it, big time. I waited for it to get low enough where I would have a good shot. I shot when it was about 15 feet high. I missed. The bird wobbled at the near impact, which actually made me think I had hit it, but it soon recovered and set to fly away. It was now just a few feet above my decoy. I shot and missed again. The bird changed direction and turned on the afterburners. My third shot was in desperation and it missed.

After that, I only had a shot at one other bird, but it was way off. It was heading right for one of the other guys in my group, so I didn’t want to screw up the shot for them. They apparently didn’t even see the bird as it went right over them. He said he was too busy watching a pair of dove moving to his right, too far out to shoot. So, the easy shot for him was missed.

Getting sidetracked is something I must contend with a lot while writing. I get all these story ideas, but not enough time to work on them right then and there. Sometimes, I make a note of what my idea is. Lots of times, I think, “Oh, I’ll remember that,” but I don’t. Hence why I take notes more often than not.

Most of the time, my notes are vague. I do that on purpose. Call them my decoy, but what I’m really shooting for is for a good piece that feels fairly organic. To do that, I just give myself enough notes to say what my idea is and when I do have time to write the piece, I can go wild with my imagination and let the piece fully form then. Sometimes, I’ve thought of the piece so many times from the time I’ve had the initial idea to when I write it, that I’ve really written it all in my head. Sometimes, I just let the stuff come as comes and write it in the moment. Either way, the piece usually ends up better than what my initial idea. I then can edit over and over until it is just right.

I may have only gotten one bird to go after my decoy the first time I went dove hunting, but I get plenty of stories to succumb to my note decoys!