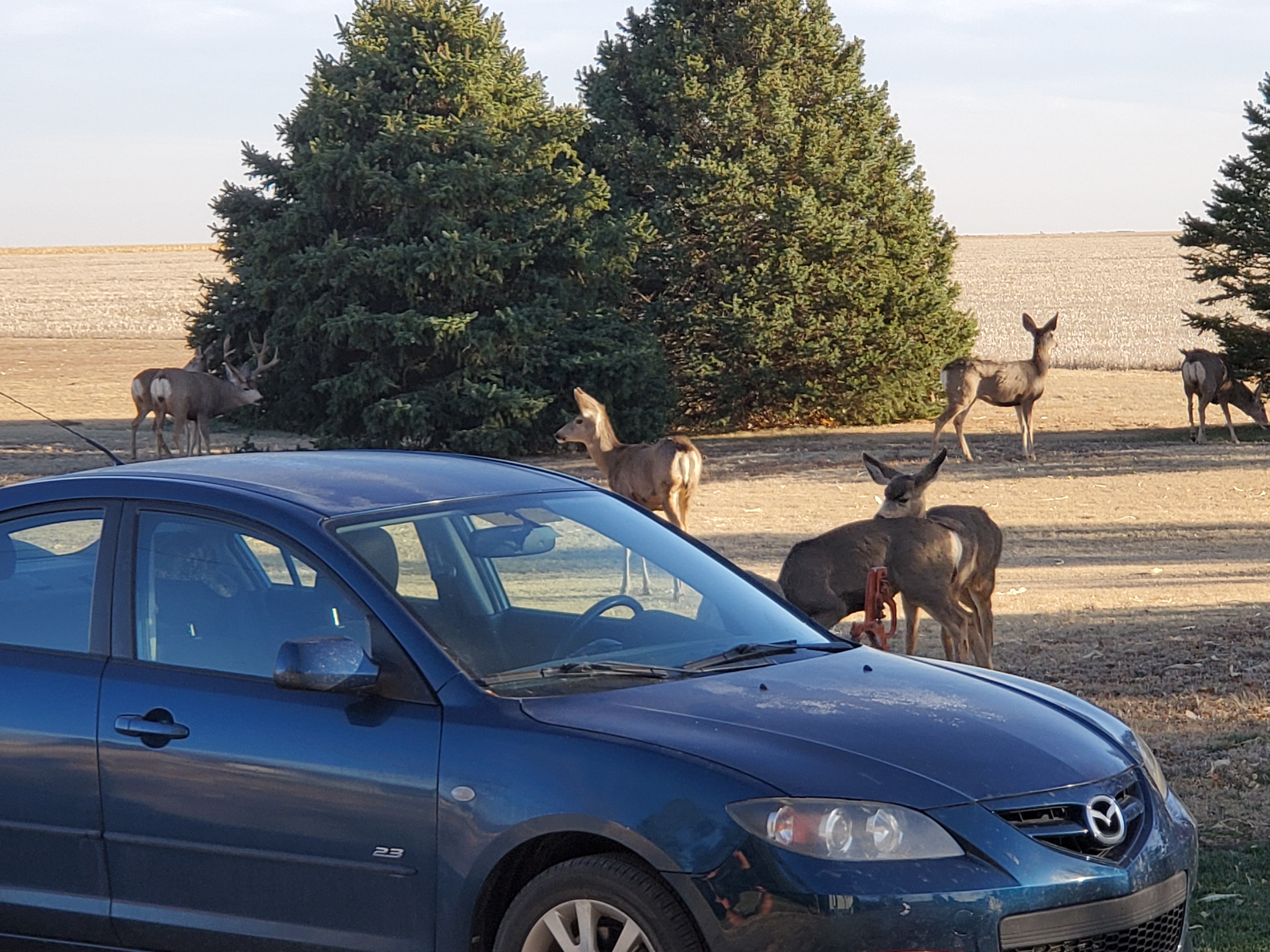 I went out to the family farm for our annual pheasant hunt a couple of weeks ago and arrived when no one else was home. Ever the opportunist, I got out my laptop and worked on a few writing projects. It was nice and quiet for my work. Out the large, picture window I saw movement from the corner of my eye. A big doe was making its way up the drive. I got my camera out to take pictures.

I was so fixated on the one doe that I didn’t see three others in front yard until they all were heading for the side of the house. I also made my way there and my car was parked next to a water bucket. The deer were more interested in the water than they were in me. Soon other does arrived. Then this massive buck comes sauntering over and the does moved away for the buck to drink. I thought the antlers (twelve points) were going to scrape my car as it dipped its head to drink, but it didn’t. Finally, a small buck (four point) also came in for his drink, putting the finally tally at seven does and two bucks. I creeped out the house for some of the pictures, so I was about ten yards from the closer ones at one point. Truly, an interesting commune with nature.

Recently, I’ve looked over my sales from the last year or so and came to a startling conclusion. With all the interest I have had in the shows I’ve attended this year, I’ve outsold my ebooks with print editions for the first time. Some of the shows I wanted to attend were canceled this year, so it makes me wonder how I would have fared if I could have gotten to do those as well. Then again, my luck may have been due to libraries being closed where people had a need for physical copies, and I was able to give them something of interest.

In any case, people were interested in me unlike the deer in the yard.