Home > Blog > out for blood 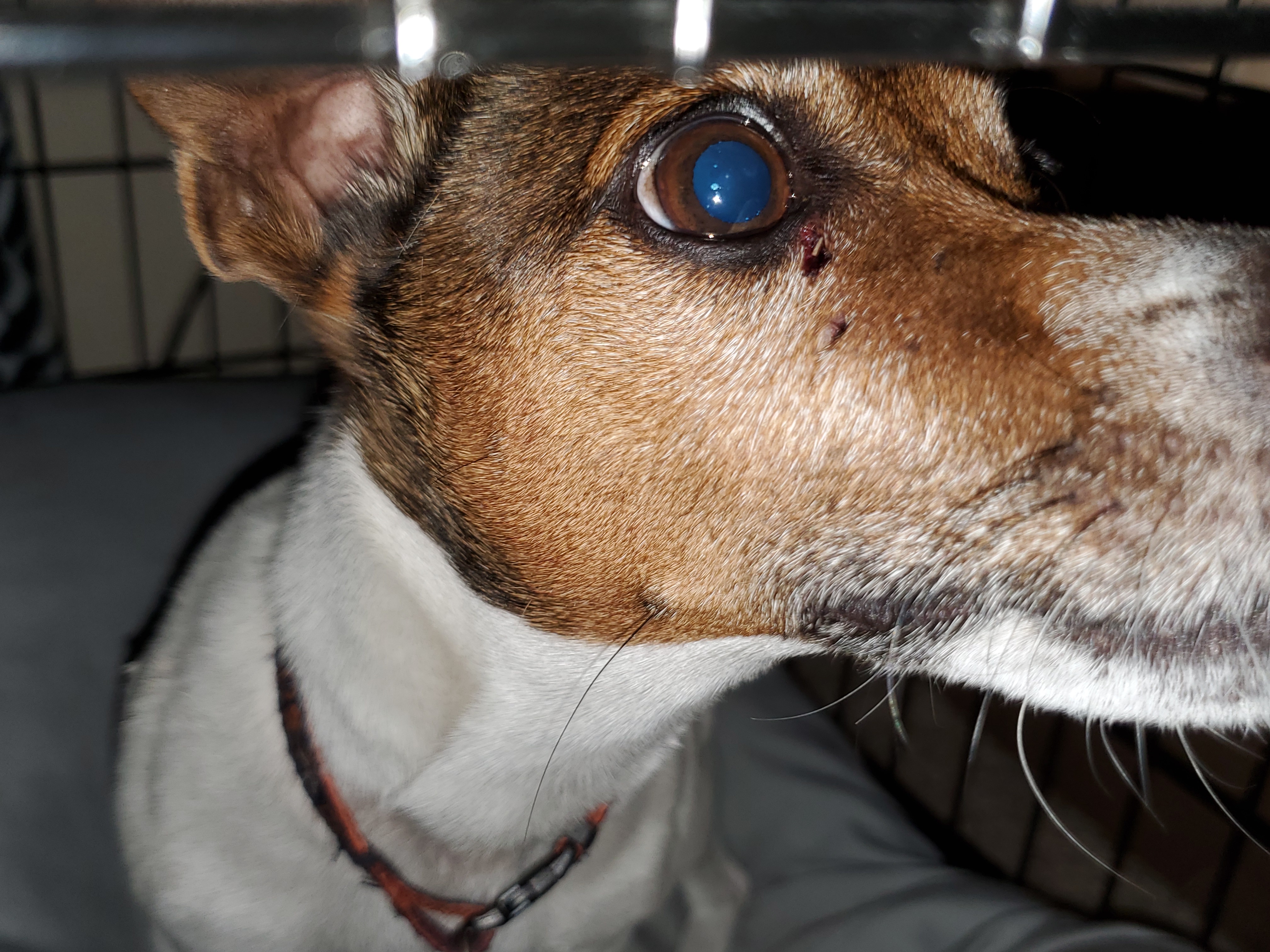 The other day, I was watching TV when a fight broke out. It wasn’t on the TV and it wasn’t even me and my wife. It was the damn dogs and Zailey was out for blood.

I’m hollering for them to stop while trying to break them apart. It took several attempts to grab Zailey by the scruff of her neck. She was slippery. Once I got her, I hauled her ass outside.

Turning to Milo, he had two puncture wounds on his face below his eye; one was very close to his eye. I grabbed a paper towel and held it there for a minute to try to get the bleeding to stop. After the minute, he wasn’t having any of me touching his wounds, so I had to let them bleed. Luckily, they were just oozing at that point.

We kept the animals apart the rest of the night. The next day was cold out, so they didn’t interact much since they were kept kenneled up. They seemed fine after that.

Not sure what prompted the fight. We think maybe there had been some food spilled from a kennel and Milo was eating it. Zailey didn’t want Milo to eat it, so she attacked. But neither my wife nor I saw said food or Milo eating it. We were that engrossed in the show we were watching.

Being engrossed is what you hope for when writing a fight scene. It usually takes me many iterations to get it right.

One night, I woke from a nightmare. A gang of thugs had jumped me in my driveway and wanted to play Russian Roulette with a semi-automatic handgun. Not possible as it will always fire on the first shot. So, I woke before I pulled the trigger.

If you want to stop the nightmare, rewrite the ending. I wrote notes to the nightmare, but I made a little change. I said that I pushed the clip release before yanking back on the slide. This prevented the next bullet from being loaded since the clip was slightly out. A quick push on the butt of the gun to get the clip fully back into place. I then wrote about the gun going click instead of bang. In the gang’s surprise, I then pulled back on the slide again, this time loading the gun. I shot a gang member and then took their weapon to fight the rest of the gang. I of course won!

Poof! No more nightmare. I slept easy the rest of the night. I also knew that my notes were too good not to do something with. At that time, I was still working on the outline for Whispers Within. I split my revised nightmare into two chapters to make sure to add in all the emotions of the incident. It was easy to write these two chapters from the point of view of the character as I could still see it happening to me in my mind. I’m pleased with how this fight turned out.

I can’t say that about all fights. My wife and I are trying several things to get the dogs to calm down and not fight. Hopefully, this’ll be the last fight in real life that I write about!