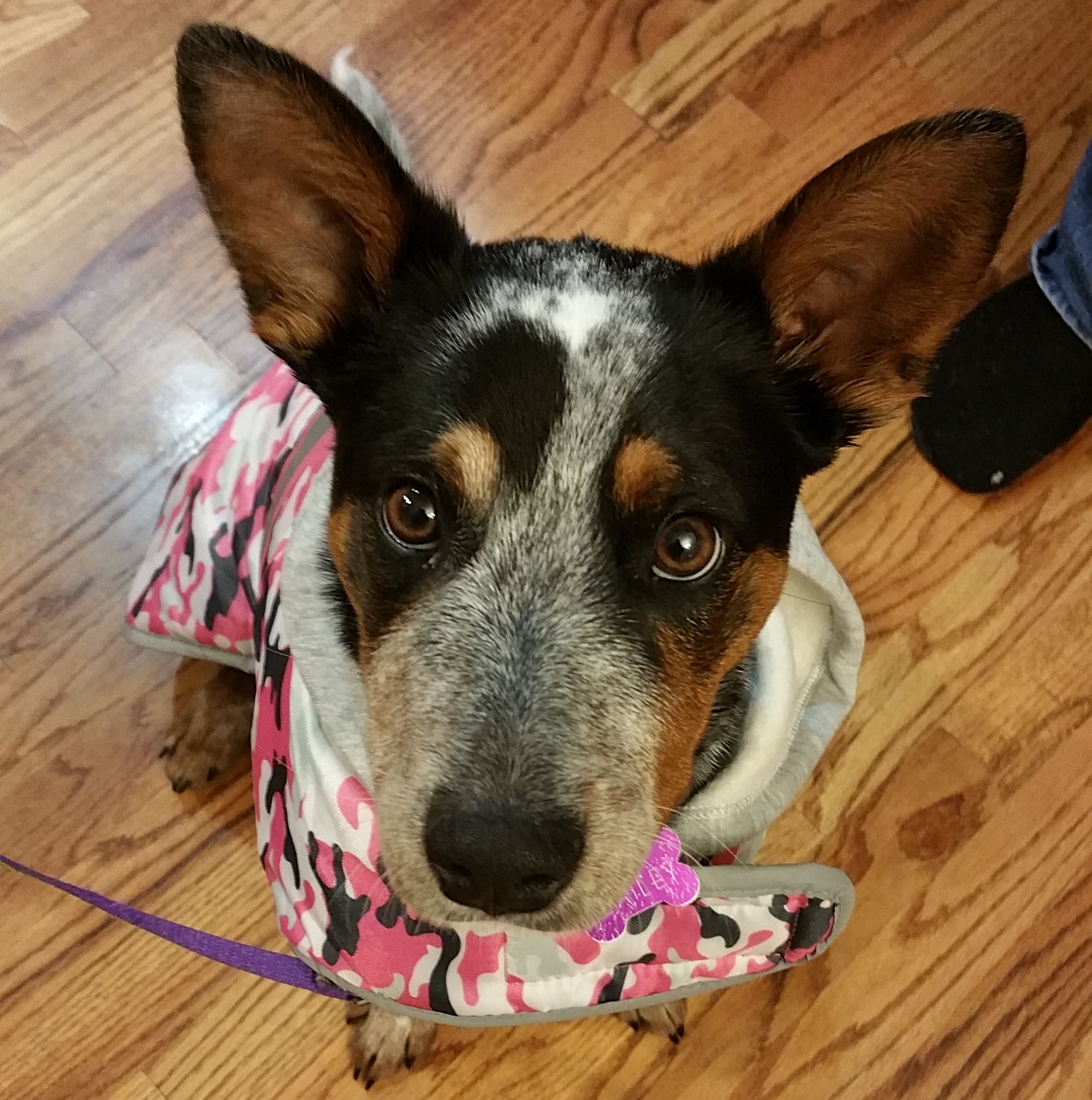 A few weeks ago, we got a couple of bad ice storms two days apart. This made everything a skating rink (including the highways, so I stayed indoors a lot). Unfortunately, the dogs had business to do outside. The way it came down in the second storm, all the ice was black ice. And then there was the patio.

One occasion I threw open the patio doors, the dogs were going a little stir crazy. They wanted to run on ice (I keep thinking of Billy Joel’s song, Running on Ice as I type). Zailey did the splits, but stayed upright. Milo was a different story. I think he was trying to run past Zailey and the turn caused him to wipe out, big time. He slid a couple of feet before bouncing right back up and running again. This time, he didn’t have the same momentum as before, so he was just spinning his wheels. He finally got going and made it to the yard where he could grip the ice on the grass. It was hilarious to watch.

I finished the first draft of Whispers Within about a month ago which means I’ve been working on editing it ever since. I first started reading it and realized I used “that” way too much. I used it in situations which didn’t call for it or where “who” and “which” were much more appropriate. So, that took a couple of hours out of my life to work on.

Then I started reading again only to realize my dialog was dull and lacking depth. Most of it was the overuse of saying, “said”, but some was just poorly positioned. The dialog itself was fine, but not how it fit with everything. This meant I went through and looked at just the dialog, cutting said where I could (especially when obvious who was speaking) and repositioning the dialog to flow with the emotional cues given by the others in the scene. That took way more than a couple of hours.

Running through the document without actually reading it fully as I fixed these things made it feel like I was running on ice and not making any progress like Milo and Zailey. But I didn’t let it keep me down. Like Milo, I popped right back up and did my best to keep moving forward.