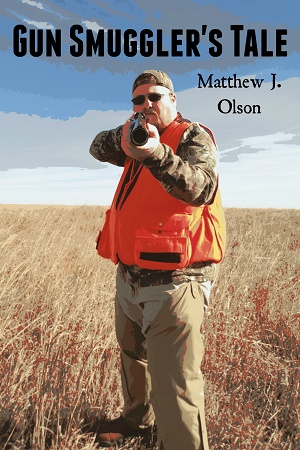 A few weeks ago, was the opener to pheasant season. I made my annual trip home to engage in battle with these cunning beasts. As it happens, my armament wasn’t up to snuff. I even had several people ask me about my shotgun and I boasted about how reliable and accurate it had been since buying it about five years ago at a pawn shop. But, alas, it failed me this particular weekend. It is the gun on the cover of Gun Smuggler’s Tale.

The first time it failed, I was walking the edge of a tree row and had just gotten a bird a few dozen yards before a group of birds got up. I fired and after one shot, the next shell didn’t load (I have a semiautomatic). Try as I might, I couldn’t get the bolt to close. Since I was dinking with my gun, the other guys walked ahead of me. I stripped the gun and tried to get the gun apart but couldn’t. After finishing the walk, I caught up with someone and they also couldn’t get it apart. It took two of us together to get the gun apart and then the bolt closed. I thought that due to the dry conditions, I would oil the gun up some more (I had cleaned it and oiled it well not long before the trip) and continue to use it. It worked through the rest of the day.

The next morning, we were on our way through a field to a draw when I spotted a bird running in the field. I bailed out of the truck and ran after it, loading my gun along the way. We’d already hunted one spot and I’d had several shots and another kill to my count by this point. This bird got up well ahead of me running and I took a shot. I missed, but my gun, again, had the bolt stuck back. I couldn’t shoot a second time even if I wanted to. We tried everything to get the gun apart, but it was for not. I borrowed guns to get me through the rest of the weekend. The gunsmith I took the gun to the next week told me part of the bolt broke and fused in my gun. The bolt then was catching on that and was why it was getting stuck.

As kids, we’d clamor for the “shotgun” seat on travels. In my writing journeys, I’m always having stories trying to fight for attention in my head. It’s like no matter how good the current story I’m working on is, there is always one better just around the corner. I must keep them at bay so I can keep working on the current one. I just keep notes on those other ones and when the time comes, the “shotgun” story is the next one I work on. Between now and then, that choice may change a few times, but it is always the most interesting idea I have at the time.

Shotguns come and go, but I was sure attached to this one. Hopefully, the next one will be as good or interesting!