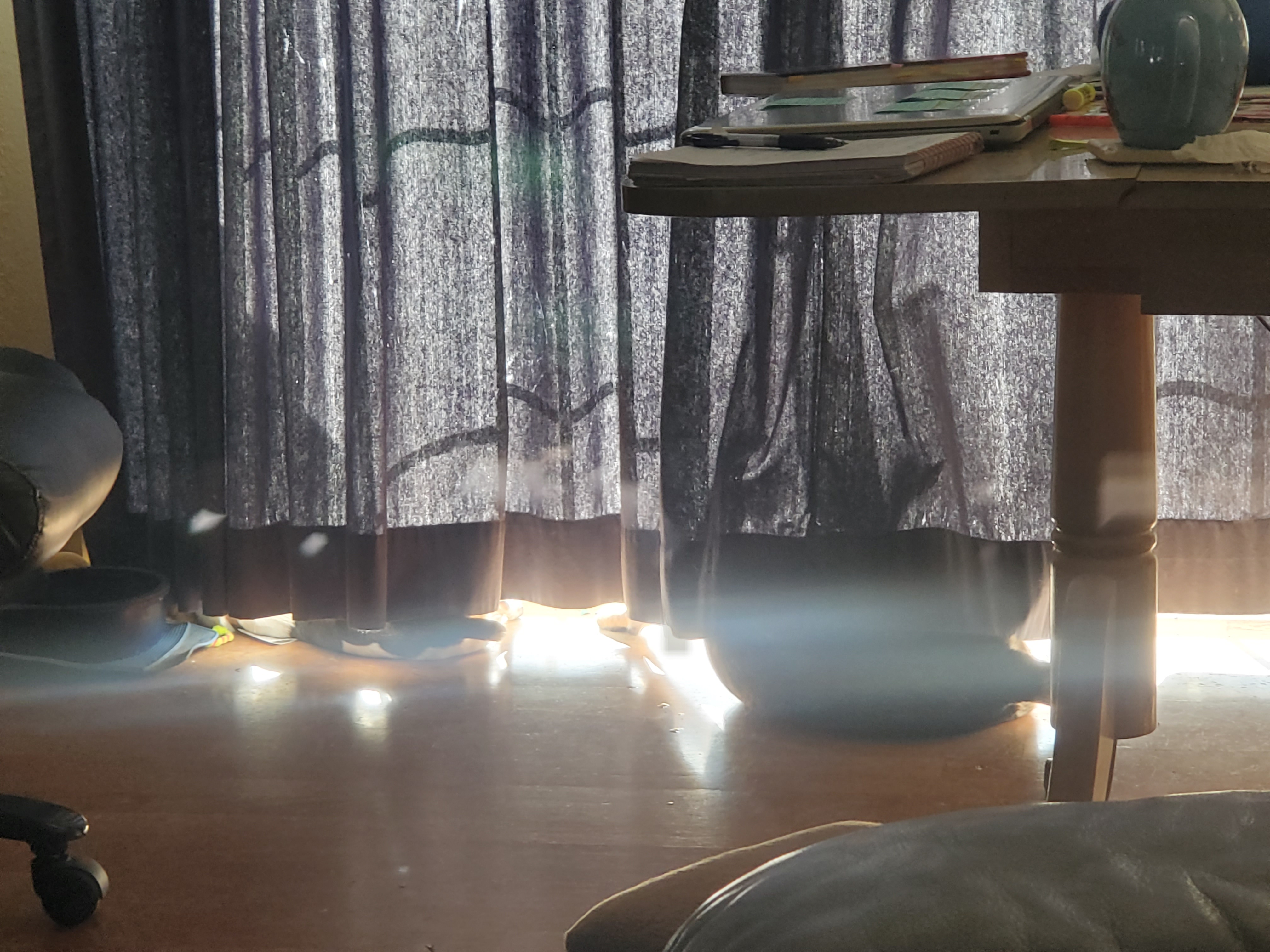 The other day, I was sitting on the couch resting and couldn’t find Milo. Usually, I would be sitting there and he would be there getting attention unless he was really tired, in which case he would sleep nearby. I did find Zailey and I thought she was on her way to get a drink of water. I was starting to get concerned about Milo, so I followed Zailey’s actions. She wasn’t on the way to get a drink, but to get behind the curtain so she could sun tan. That’s when I noticed another bump in the curtain. Despite it being a huge patio door, I expected fireworks as there usually wasn’t enough room for the two of them there (there actually is, but the two being so near each other doesn’t usually work out). I got ready to yell at Zailey as she was the intruder.

Zailey walked behind the curtain and found Milo. I’m not sure what exchange happened there, but Zailey laid right down where she was. They were both there, basking in the sun, together. I swear, angels sang somewhere for the peace going on here. I snapped a picture to commemorate the moment.

Being blue eyed, I’m quite sensitive to light. My phone and computer have the brightness turned way down for me to operate. This makes them harder to work with outside. I can turn them up some in bright conditions, but I also wear transitions, making things even harder on me. This means that I can’t bask in the sun when I write. When I am outside, there has to be a lot of shade on me, which defeats part of the purpose. I can only think of a handful of times where I had a successful writing experience outdoors and mainly it is when I am in Arizona. This makes 99.9% of the time I am indoors to write. And usually, it is in the living room as my computer room isn’t comfortable enough for me to be there a long time straight. (This is changing, though, as I’ve made great strides to reorganize it and put another chair in there. It also helps that it is my game room with my original Nintendo, N64, and Playstation 2, so there is some incentive to have that area for playing games.)

I think the one key ingredient to where I write is peace. If Milo and Zailey can find peace together sun tanning, then I would like to find something like that on a regular basis. All too often, my writing spaces have some distraction and Milo and Zailey are a part of that distraction at home. If only those two could sun tan for hours on end while I write!