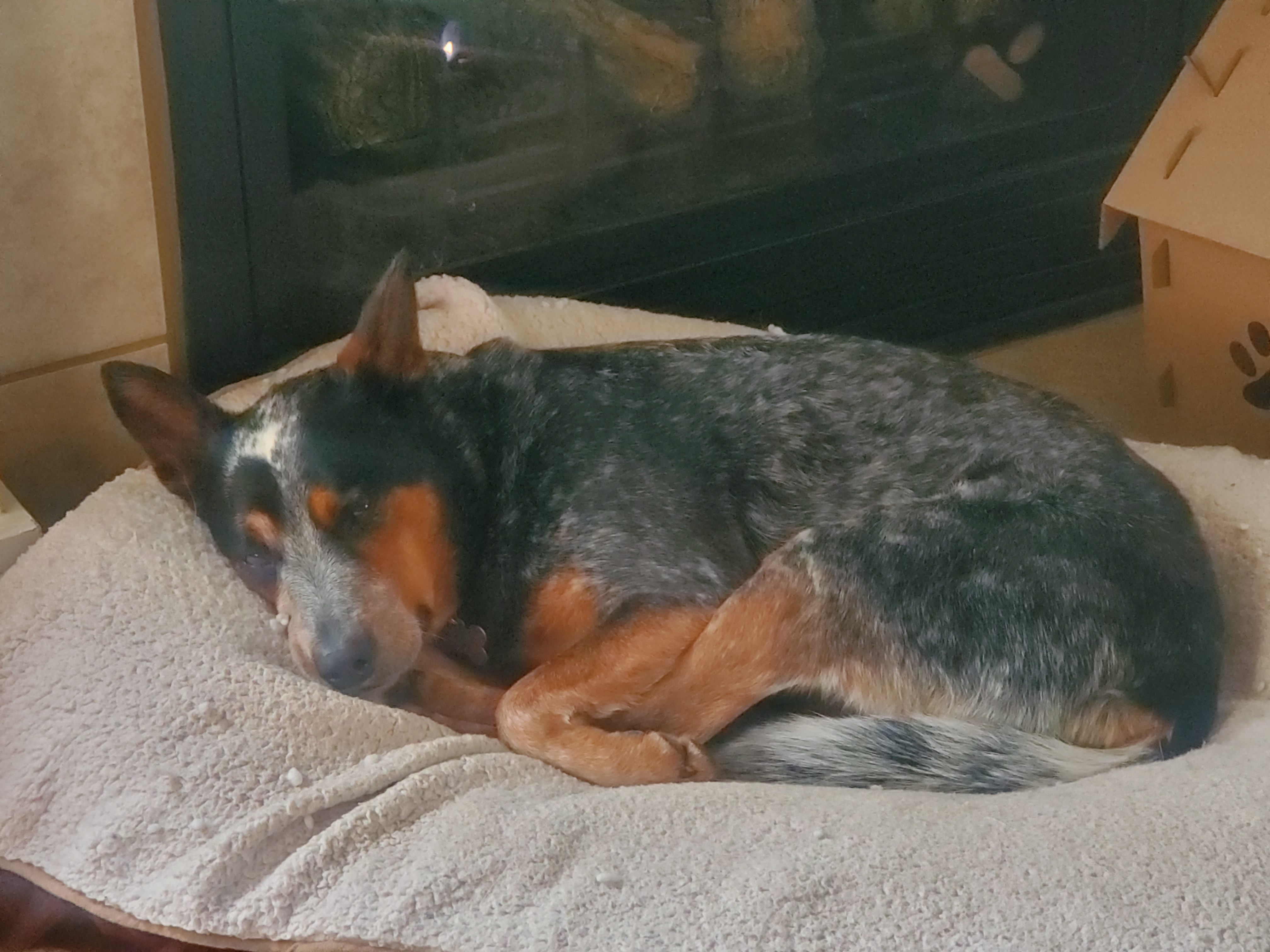 The other day, I was carrying some things out to the garage (some trash, I think). I didn’t get the door closed all the way behind me as I had my hands full. Zailey was then able to follow me out into the garage. Even with the garage door closed, we try to keep the animals out of there. Mainly due to it not being child proofed. I wasn’t concerned until I saw Zailey next to one of the mousetraps.

My first thought was that I need to get Zailey away from that trap. My second thought was she needed to learn that she shouldn’t be messing around in the garage and a snap from the trap would cure that. I bait the traps with peanut butter and Zailey loves peanut butter. She loves it so much I hide her medicine in it. This led to my next thought that if the trap snapped on her nose, that would be the end of her loving peanut butter and my ability to hide medicine in it. By the time that I had this thought (about two seconds after the first one), Zailey had lost interest in the mousetrap and garage so she was heading inside.

I love creating traps for my characters. I put them into impossible situations that they shouldn’t be able to get out of. Then, they discover something about themselves that gets them out of it. What is better is if I can allude to the thing that saves them in a previous scene, then it even makes more sense and doesn’t come out of nowhere. This tension building and then release makes things more interesting. I love reading the result.

One of these situations happens in the very beginning of one of the novels I’m currently working on. The setting is the surface of Mars and my character gets a hole in his spacesuit. Warnings are going off and he does have an emergency tank but that isn’t any good without getting the hole plugged. He can’t plug the hole if he doesn’t know where it is. When it is found it is out of reach. He falls to the ground and is looking at the ground when he realizes the ground is his salvation. By rolling on his back, he makes an impression of himself. Then he puts an emergency sealing patch in the place where the hole would be when he rolled back in the exact same place.

In this case, I couldn’t allude to the lifesaving thing scenes ahead as this is the first scene. Instead, his description of the ground as he is dying is the only allusion I could make. It works, though. The hostile environment ends up being utilized to save him.

See, traps are fun. Zailey doesn’t know just how fun they are, but that is probably a good thing.