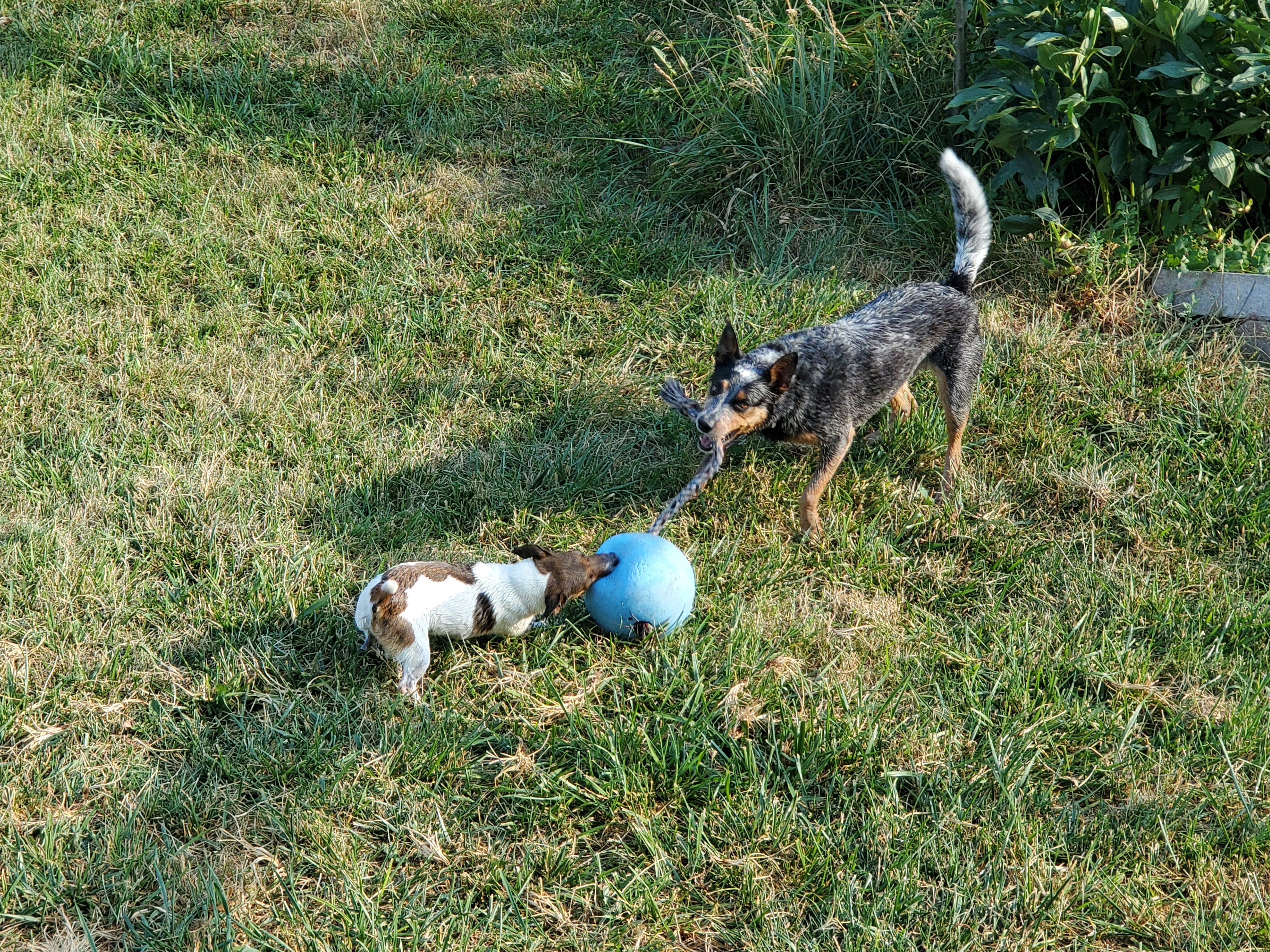 Zailey and Milo will really go at it over a toy. Despite Zailey having a 4 to 1 weight advantage, she really doesn’t have much of an edge when fighting over a toy. She’s able to pull Milo around a little, but Milo has a jaw like a vise and is scrapy too. He can exploit even the littlest edge and had the mussel to hold his own, too.

The other day, the two were outside and they both went after one of their Jolly Balls. Zailey, being halfway smart, grabbed a rope on it. Rather than grab the other rope, Milo grabbed the ball in the middle, pinching it in his grip. The way he had the ball, his teeth were probably digging into the ball, especially his fangs. I had to take a picture (above).

I go back and forth a lot between projects. There are some projects which I share with my writing groups, but I work faster than my groups meet. So, I always have another project or two to keep me productive when I’m ahead of where I need to be.

Right now, my extra project is my space western, Desperados of Mars. Slipping back and forth between projects is fairly easy for me as I have outlines/skeletons for all of my projects. I do sometimes have to look up a name or two for minor characters, but that is rare. I’m just bad with names, especially made up ones.

And the winner is… the reader! Zailey and Milo usually split wins on their tugs of war. My productivity being up by utilizing my own tug of war, ensures more stuff gets published for you all to enjoy!