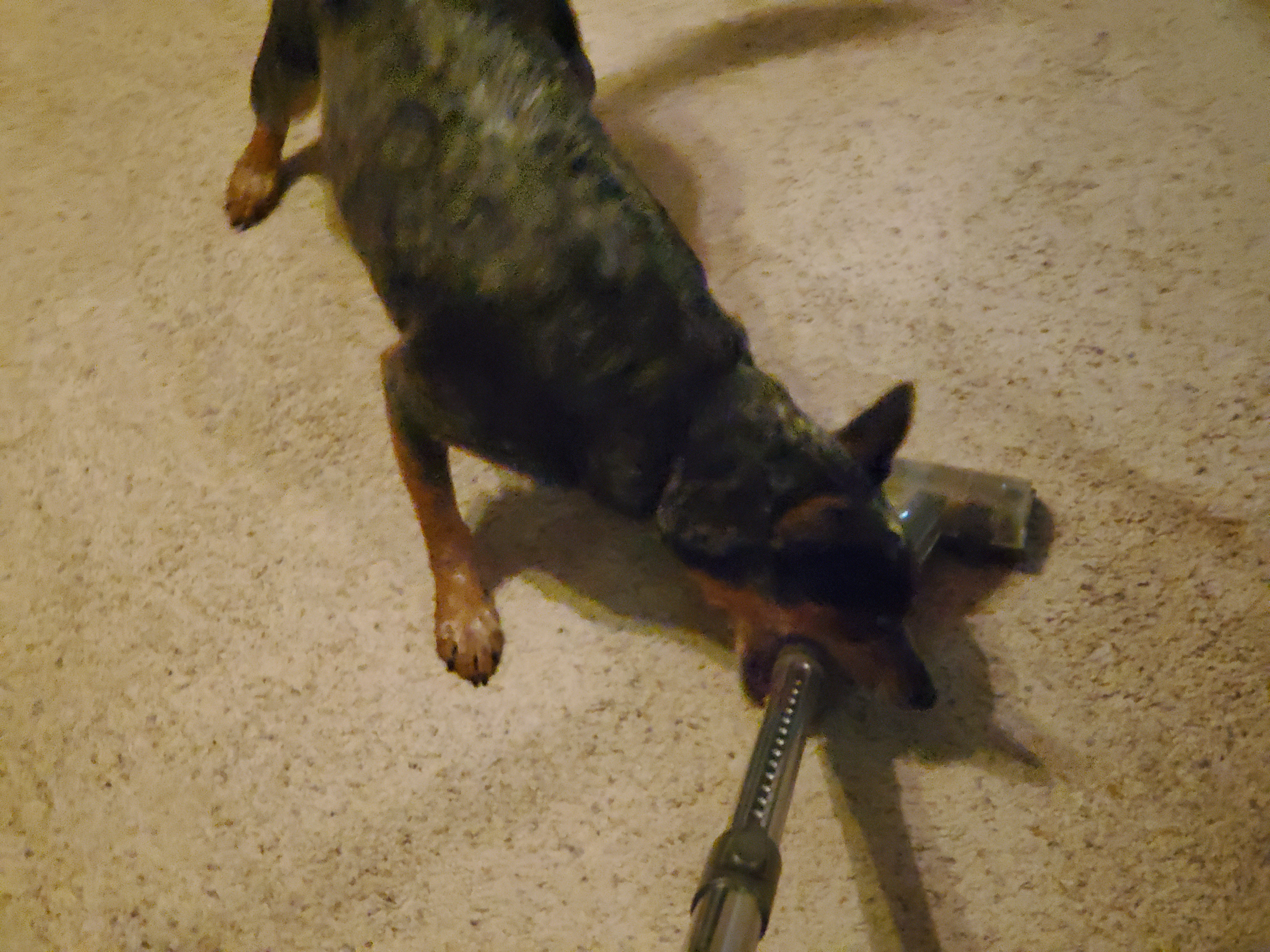 The other day, I was vacuuming the entire downstairs and put the dogs outside as I did it so they weren’t going nuts. They don’t like the sounds the vacuum makes and will bark and cry at it. At one point, I stopped vacuuming to move some furniture so I could get behind it. My wife opened the door to let the dogs in even though I wasn’t done. The next time I started up the vacuum, Zailey attacked. It was a good thing the hose was metal or there would have been some issues. She was biting it as hard as she could to get the thing to stop.

To have some fun, I decided to get some pictures of the incident. So, I turned off the vacuum and got my camera ready. On again and I snapped some. I had to do this a few times and while they didn’t turn out the greatest (they blurred with her moving so fast), I still got a good memory out of it. I did finally turn on the vacuum one last time and finished up my chore.

Some of my stories are set in the vacuum of space or airless surface of a moon or planet. I like this type of setting as it adds another layer of challenge to things. Any conflict (in this case, man versus nature, or a lack of nature) adds more action to the story.

One of the things I am working on is a Western set on Mars. Having an airless environment isn’t in your typical Western, but that is one of the few things that will be in my updated Western. I’ll also have newer technology like rovers to replace horses as they are still kept in a barn. The guns I have in my Western are used for mining and have a safety to disallow others to be shot, but the safeties can be bypassed and I have one person making a homemade gun. The saloon of my Western is going to be one of the reoccurring settings for my characters to swap gossip, hang out, and keep an eye on the antagonist. The marshal in my Western is practically useless making my setting fairly lawless. Instead, the bankers tend to dictate law. There are going to be so many recognized elements of a traditional Western, this should be an extremely fun novel, both to write and read.

Zailey, why don’t you settle down there, little Missy, and let the vacuum do its thing?!?!