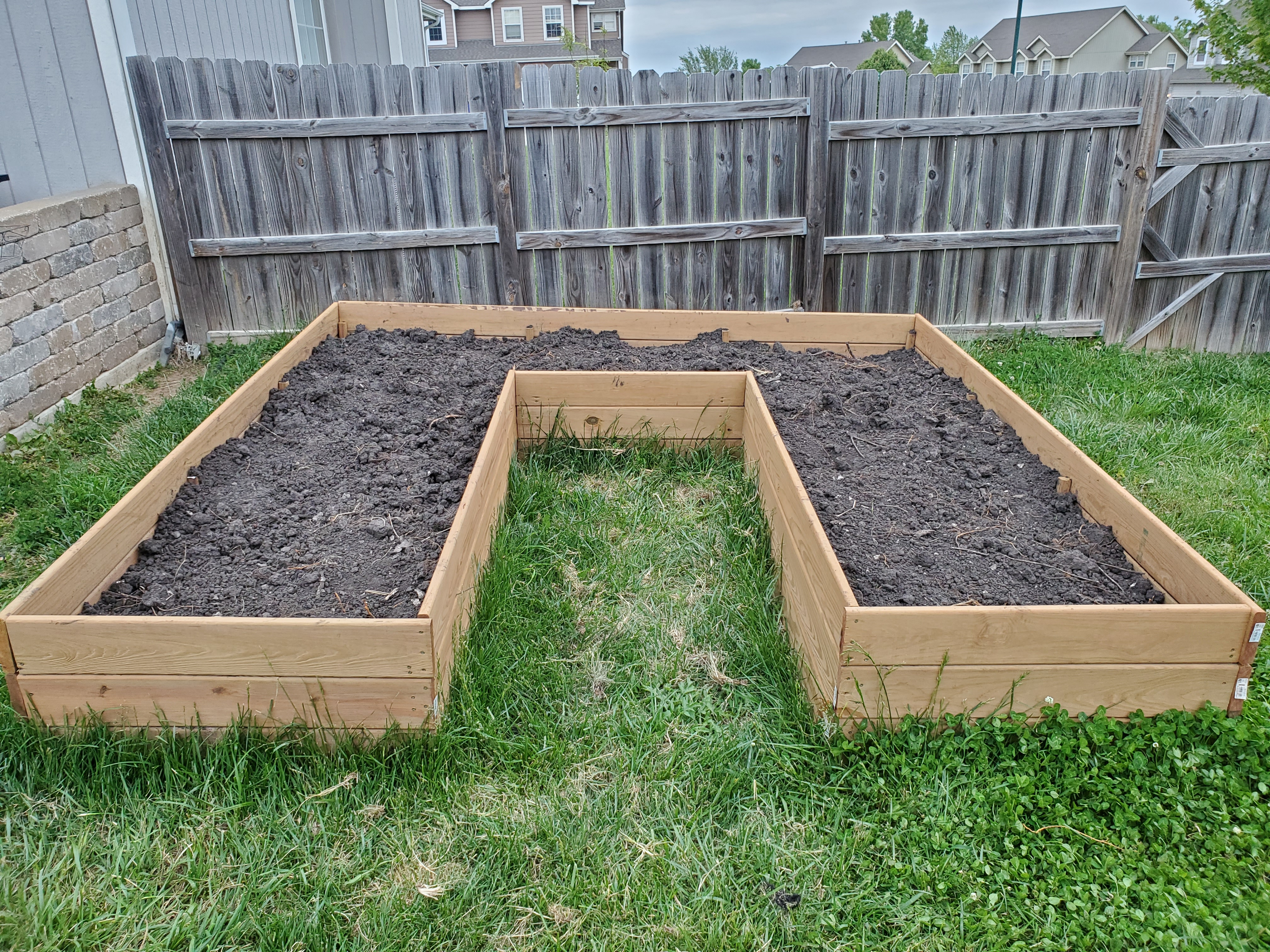 In building a new raised garden for my wife and getting her a stock tank full of dirt as well, I unloaded 45 wheelbarrows full of dirt from my pickup (roughly, 2 cubic feet or more per wheelbarrow, an estimated 3 cubic yards plus, and each cubic yard weighing in at a ton). The animals were not happy with this venture. For one thing, I had to keep the gate open, so in trying to force them to stay inside, they went nuts. My wife and I set up some leashes to hold the dogs while I worked, but Jynx was left off the leash (and I had to chase him back inside the fence a couple of times). But it was the actual wheelbarrow that pissed the animals off the most – Zailey ran from it, Milo shied away, and poor Jynx decided he was going to stand his ground and hiss at the thing until I got right in his face with it.

After all the dirt was put in, the dogs and cat loved it. The dogs dug in the dirt, and the cat thought the raised garden was his new giant litter box. I was rather annoyed at this development as this wasn’t behavior conducive to growing plants. Then there was the rain that came before I could get all the dirt out of the pickup. I thought I would let it dry, but then it rained again. All that water didn’t have anywhere to go, so what didn’t evaporate off the top, just made mud. It made those last 13 or so wheelbarrow loads real heavy. Making this adventure real interesting.

K, I’ve alluded to the math a little bit in my aside, but there is more to consider. The dirt got into my pickup via tractor, so not much work there other than I had to shovel some around to get into the corners and not be a hump in the back. In unloading the pickup, I had to shovel the dirt into the wheelbarrow in my front yard, take the wheelbarrow into the back yard or my patio, and then dump it into the bed or stock tank (I was lazy and didn’t want to shovel it at this point). The raised bed is 18 inches high and the wheelbarrow was just a couple inches higher, so a fairly easy roll to the side (couldn’t dump forward as the wheel stuck out in front of the bucket). The stock tank is a different story. It is a full two feet high. I had to lift the wheelbarrow and then dump it to get the dirt in. And I was trying to keep the number of loads to a minimum, so I didn’t undercut any. The person who loaded my truck, thought each load was 2 tons each, and I got 2 loads. So, my estimate of 3 tons might be low. Plus, the mud seemed to way double, so the last ¾-1 ton turned into 1.5-2 tons (a total of 3.75 tons at minimum and 5 tons at maximum).

So, what does this have to do with writing? Well, whenever I work outdoors, I have allergies to contend with. Especially since I started having Spring and Summer allergies a couple of years ago in addition to the Fall allergies I’ve had since I was a kid. Then add the factor of being tired from all the heavy lifting, this has slowed my productivity down. Considering that I’ve been working a little ahead of where I want to be, I’m not behind, just a little disappointed. Especially when at the beginning of the COVID-19 Stay at Home orders I was getting even more stuff done due to not having to commute, its added to my frustration.

Well, the kids got over the wheelbarrow invasion in short order. Hopefully, I’ll recover soon as well!