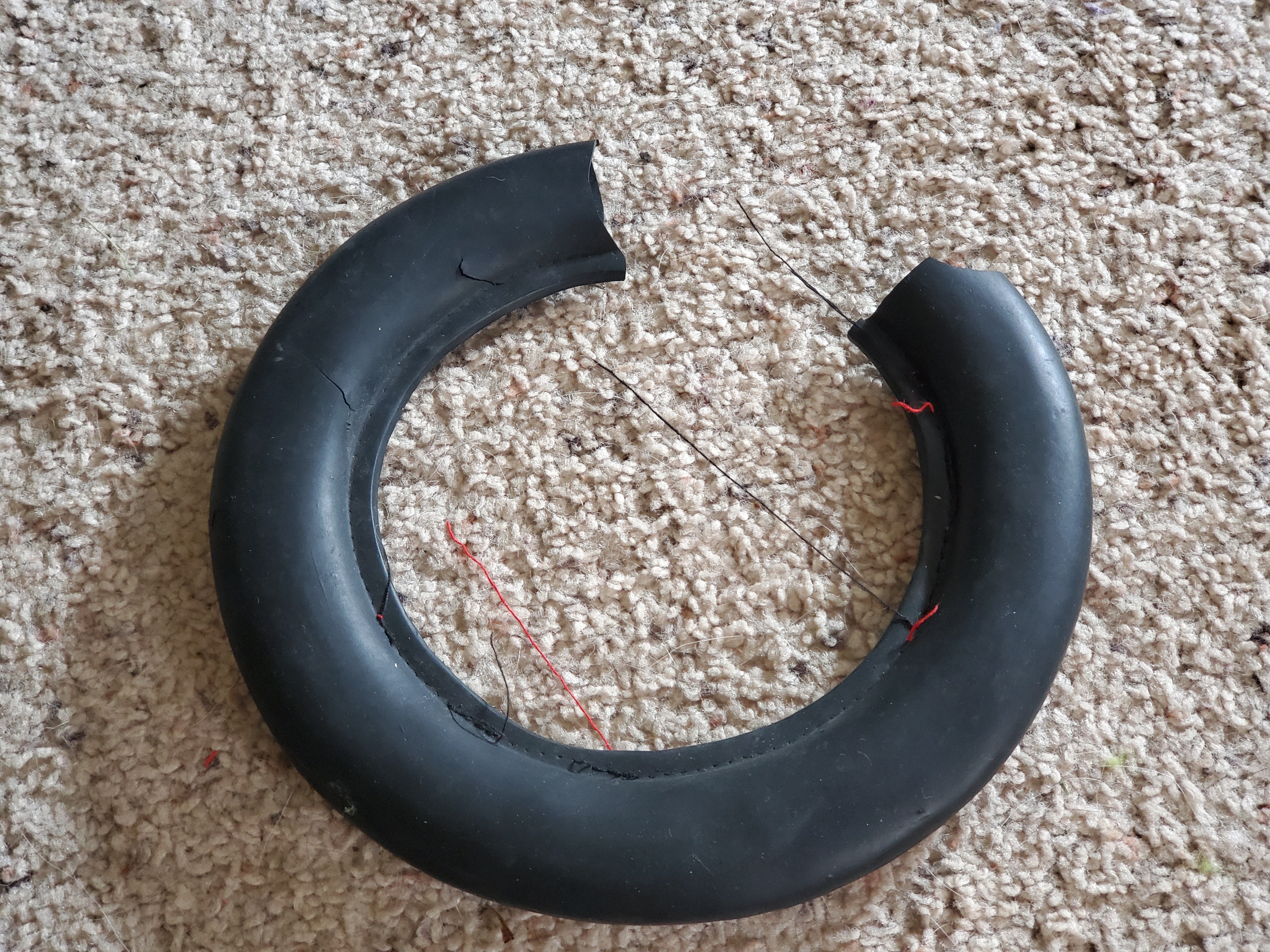 Zailey is in the habit of whipping her toys about as hard as she can. I think she likes it hitting her body. She also enjoys whipping it up into the air so she can catch it. She sometimes will do this while my wife or I are trying to get her to play catch with us. So, she ends up playing catch by herself.

One of her toys is a nylon frisbee that could stretch. The center portion was cloth and was ripped out years ago. This left just the outer ring. Which was fine since it could still fly and was actually perfect for indoor tosses. This was one of the things she would use for playing catch and tug of war with. The problem with tug of war is that the frisbee couldn’t handle how rough she is with it and finally broke a few weeks ago. Now the toy is her favorite to whip as it really is a whip now. I’ve threatened to throw the damn thing away, but she loves playing with it so much. Now it doesn’t fly too well, but for a toss in the air for her to catch, it still isn’t bad.

Allergies have started to mess with me. Between working in the yard and outdoor activities, I’m dog tired all the time. I must whip myself into doing chores and my writing. Hell, sometimes I need extra motivation to do my regular work. Coffee isn’t doing it.

I’ve added a little something called Mt Dew Zero to my drink routine. So, after coffee (usually I finish my one cup of the day before lunch) and before tea (I drink Matcha Green Tea as it doesn’t stain my teeth and has an extra boost of caffeine), I drink a Dew. This gives me the energy I need to work (chore, writing, or paying job), especially in those dog hours after lunch. I’ve even taken to having an extra pop every once in a while.

In the immortal words of Devo, “When a problem comes along; You must whip it.” Zailey and I are both doing that.