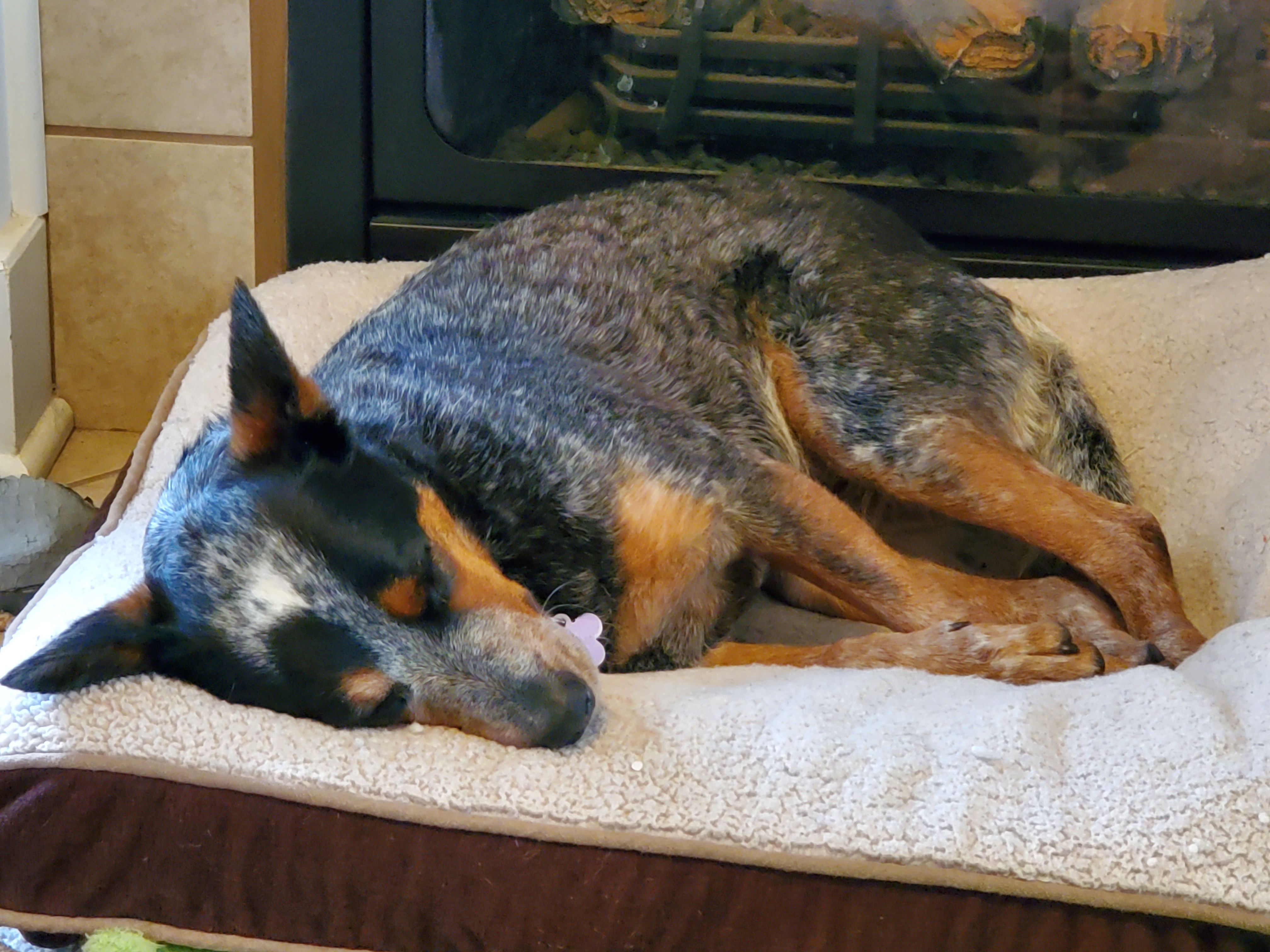 A few weeks ago, it was nice out. I let the dogs out for the morning unlike when it was cold out. Around noon, I took my lunch break and let the dogs in. They were a bit wound up, but they soon settled. They laid down while I ate and watched a show.

After lunch, I decided to stay downstairs with the dogs (something I do from time to time, especially when it is cold out, so they aren’t just in their kennels). Neither dog stirred. Zailey even snored for a while. Whatever they were doing that morning wiped them out! They were done.

Another thing that is done is Death Curse. Having spent the last two years writing it, I feel good about it. I still need to revise and self-edit before turning it over to my editor (who already agreed to do it). This is the sequel to Flaming Curse and is probably even better, if that is possible. There is certainly much more action in this one.

One thing I try to not do with my series is to be formulaic. While there is some structure that carry over between the two, I really went off-script in coming up with a baddy for this book. I’ve also divided up my characters early on (Bourne, Greta, and Beth get kidnapped) and brought in a bunch of new characters, including a very likable Native American girl named Wind Rock. Bourne also carries more of the action in this book since his story diverges, but Marta is the big badass (okay, she’s scared shitless, but is willing to face her fears to get her guy and friends back). It does standalone (though, it does help to know about the characters from the first book) and is fun at the same time!

So, just like my dogs, I’m finished. Stick a fork in me. *Takes a nap. Wakes.* Now I’m ready to start another book! Time to get Thunderbolt Curse (or maybe something else) going!