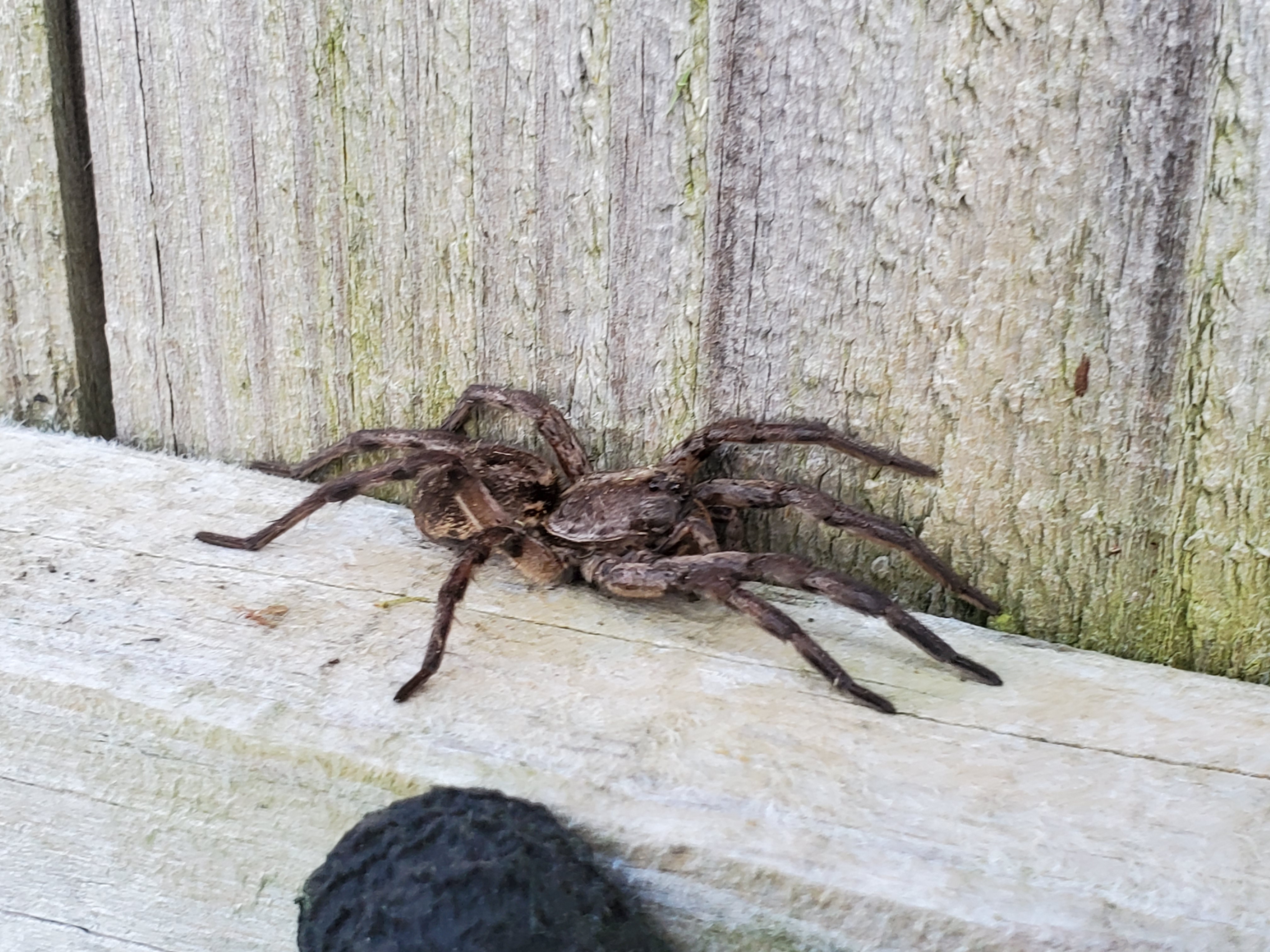 One thing we have quite a bit of around our house (and sometimes in) are various wolf spiders. Some are so big and hairy; I’ve mistaken them for tarantulas (see picture above for one I saw while mowing, index finger below for size comparison). The big ones haven’t made it inside as far as I know, but the smaller cousins tend to show up from time to time. My wife is always on me to spray for them, but that only kills them if they cross a boundary I’ve sprayed.

The other day, I had a thought for a book series I was writing that was interesting. The idea was for the third installment for the book series started in Flaming Curse. That idea made me shudder as I thought it would ruin the series if I put such an element in it. The element was aliens. While werewolves and vampires would make a little sense in the world I’m creating, aliens would not. Though, I really loathe the idea of having werewolves and vampires in my witch saga.

Where do these ideas come from? It is one thing to question where good ideas come from, but this was a very bad idea. Aliens? Come on! I need better ideas than that for this series.

Oh, and I need a damn name for the series. The first book is called Flaming Curse and the second is called Death Curse. The third book will probably be called Thunderbolt Curse, but I’m not completely sure yet since I don’t have that one figured out, yet. Calling the series Curses, just seems too easy, but it makes the most sense. I’ve thought of calling it Western Curses, Curses of the Old West, or even Marta’s Curses, but nothing stands out. Comment or email me your thoughts!

Anyway, some ideas, like spiders, are scary. Let’s kill those and get back to having good things all around us! Oh, and Happy Anniversary, Hon!