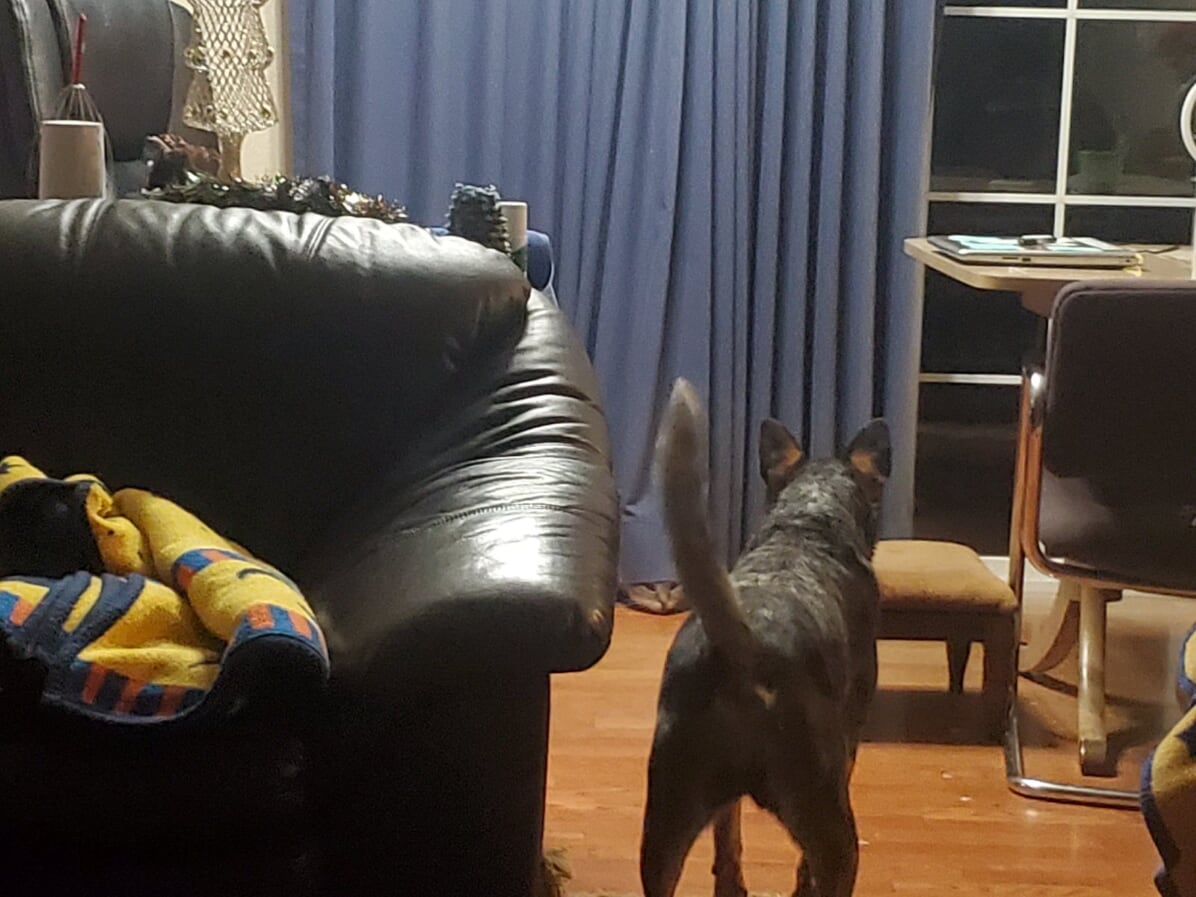 It was New Year’s Eve and the dogs were getting a little restless. Not sure if there were some fireworks going off or what, but they couldn’t sit still. The back door curtain was closed and for some reason they were dancing around it. The reason became obvious soon enough; the cat was peeking out from under it.

Something then happened that I barely caught. Jynx swatted at Zailey. It was as if he was trying to tell Zailey to knock her shit off. She didn’t. Instead, the unseen cat doing a sneak attack made her even more upset. She didn’t get within range of the Jynx’s claws after that. At least she was smart enough to do that.

When I get a spare hour or so, especially when I wasn’t planning on it, I take advantage of it to do something with my writing. I look at my checklist of things that need done and work on the one at the top. Sometimes, though, the item at the top may take longer than the time I have. For instance, if I need to write a chapter, I know I can’t usually do that in an hour. In those cases, I’ll move on to something else on the list, especially when I know I have enough time to complete it or it has a good stopping point.

The other day, I was putting off writing a chapter because I thought it would take 2 to 2.5 hours to complete as it was the pivotal point of the novel with a lot of dialogue to wrap up most of the plot of the book and needed some extra finesse. The thing is, I’ve been thinking of this chapter since well before I wrote page one (actually, that first page I wrote is now in chapter 2, but you get the point). So, by the time I wrote this chapter, there was little thought to what I was doing. I just pressed key after key for about an hour. 1,200 words later, I had what I needed. One more chapter to go to resolve all the plot points, but it is going to be another exciting one.

Now that I’m reflecting on this chapter, I realized that I may have left the door open for a sequel to the book. I had never thought about one prior to this as I thought the door would be closed for a sequel. Ideas are now flying through my head and I think I’m pretty excited to explore this some more.

I started this blog to show that I play peekaboo with my time like Jynx plays from the curtain. The thing is, inspiration can also play peekaboo, too. Double bonus!